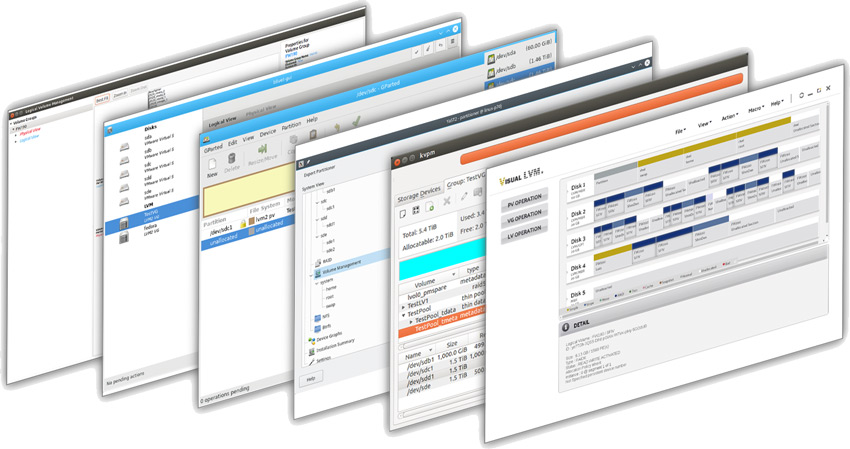 The LVM is a powerful storage management module which is included in all the distributions of Linux now. It provides users with a variety of valuable features to fit different requirements. The management tools that come with LVM are based on the command line interface, which is very powerful and suitable for automated/batch operations. But LVM's operations and configuration are quite complex because of its own complexity. So many software companies including Red Hat have launched some GUI-based LVM tools to help users manage LVM more easily. Let’s review them here to see the similarities and differences between individual tools.

The system-config-lvm is the first GUI LVM tool which was originally released as part of Red Hat Linux. It is also called LVM GUI because it is the first one. Later, Red Hat also created an installation package for it. So system-config-lvm is able to be used in other Linux distributions. The installation package includes RPM packages and DEB packages. 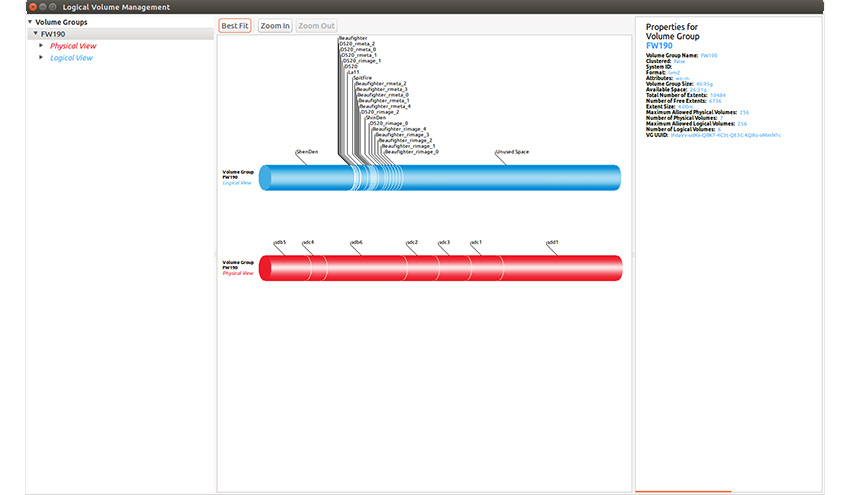 The main panel of system-config-lvm

The system-config-lvm only supports lvm-related operations. Its user interface is divided into three parts. The left part is tree view of disk devices and LVM devices (VGs); the middle part is the main view which shows VG usage, divided into LV and PV columns.

There are zoom in/zoom out buttons in the main view to control display ratio, but it is not enough for displaying complex LVM information.The right part displays details of the selected related objects (PV/LV/VG).

The different versions of system-config-lvm are not completely consistent in the organized way of devices. Some of them show both LVM devices and non-lvm devices (disk), the others show LVM devices only. I have tried two versions, one shows LVM devices existing in the system, namely PV/VG/LV only, no other devices; The other can display non-lvm disks and PV can be removed in disk view. 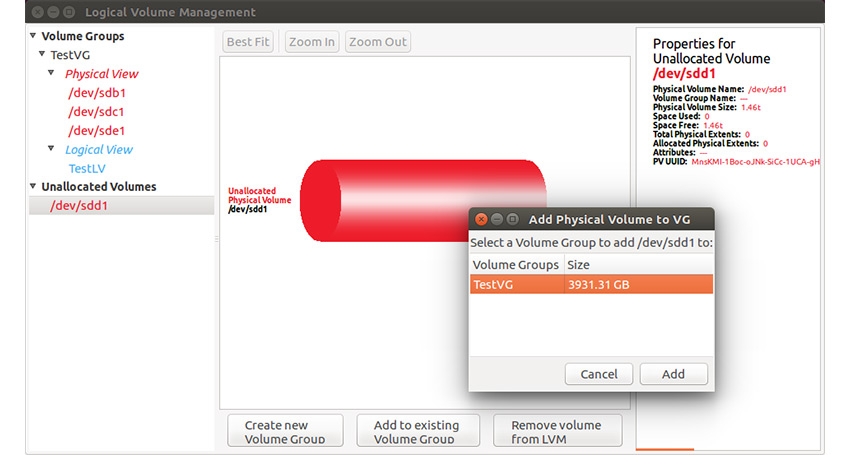 The version which shows non-lvm disks 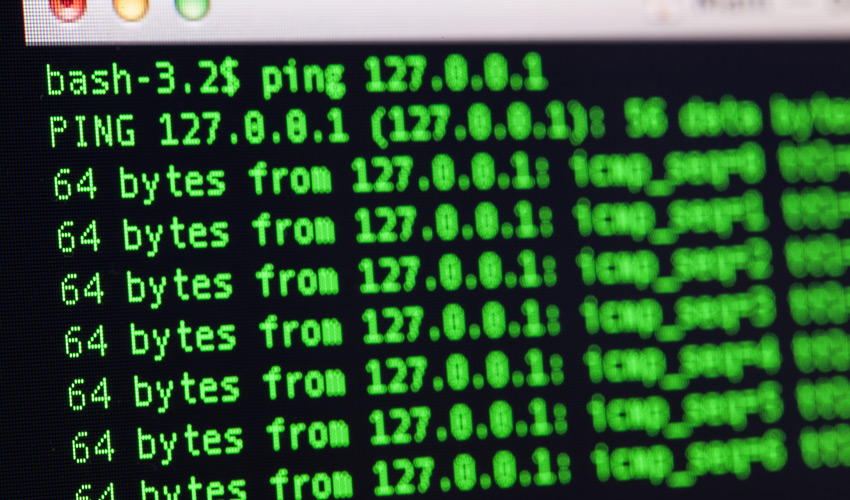 When spending most of your day around bash shell, it is not uncommon to waste time typing the same commands over and over again. This is pretty close to the definition of insanity.

Today, we will explore the tools we can leverage to optimize what I love to call “shell time”.

Bash aliases are one of the methods to define custom or override default commands.

You can consider an alias as a “shortcut” to your desired command with options included.

Many popular Linux distributions come with a set of predefined aliases.

Let’s see the default aliases of Ubuntu 20.04, to do so simply type “alias” and press [ENTER].

By simply issuing the command “l”, behind the scenes, bash will execute “ls -CF”.

It's as simple as that.

This is definitely nice, but what if we could specify our own aliases for the most used commands?! The answer is, of course we can!

One of the commands I use extremely often is “cd ..” to change the working directory to the parent folder. I have spent so much time hitting the same keys…

One day I decided it was enough and I set up an alias!

To create a new alias type “alias ” the alias name, in my case I have chosen “..” followed by “=” and finally the command we want an alias for enclosed in single quotes.

Here is an example below. 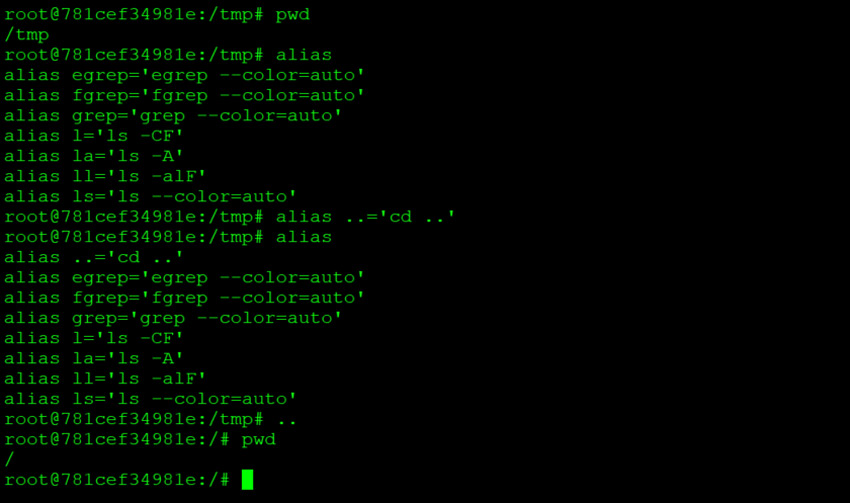 Sometimes you will have the need to automate a complex command, perhaps accept arguments as input. Under these constraints, aliases will not be enough to accomplish your goal, but no worries. There is always a way out!

Functions give you the ability to create complex custom commands which can be called directly from the terminal like any other command.

For instance, there are two consecutive actions I do all the time, creating a folder and then cd into it. To avoid the hassle of typing “mkdir newfolder” and then “cd newfolder” i have create a bash function called “mkcd” which takes the name of the folder to be created as argument, create the folder and cd into it. 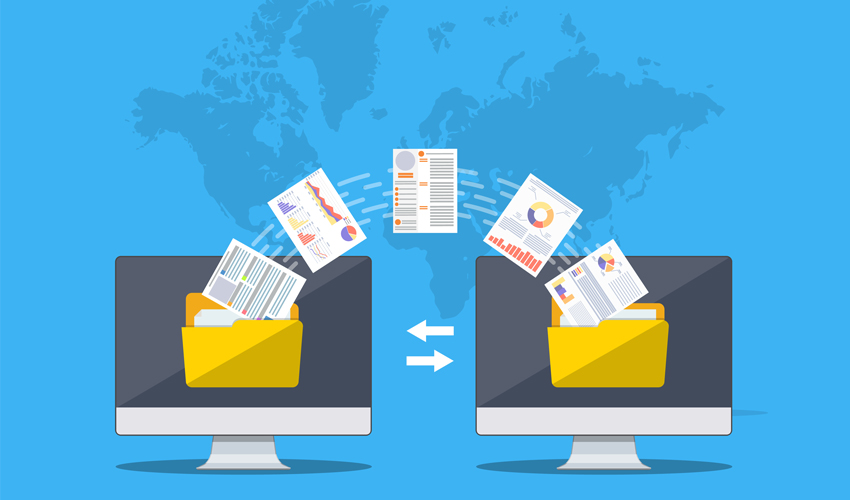 Eyüpsultan Municipality decided to use an open source operating system in desktop computers in 2015.

The most important goal of the project was to ensure information security and reduce foreign dependency.

As a result of the research and analyzes prepared, a detailed migration plan was prepared.

Later, LibreOffice training was given to the municipal staff. 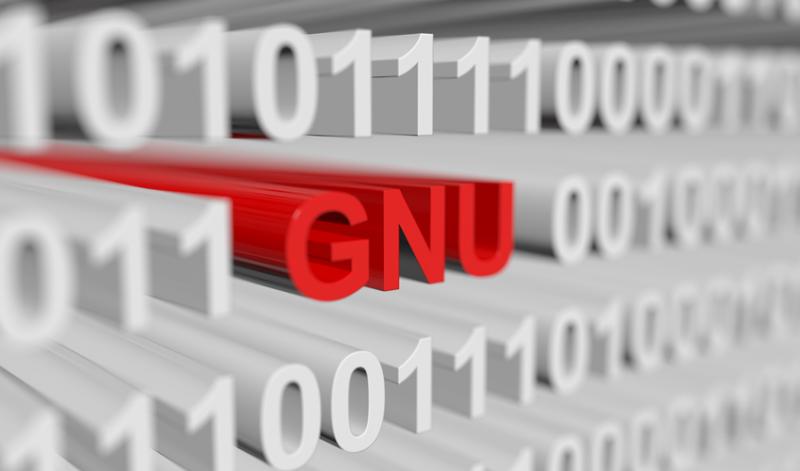 Meanwhile, preparations were made for the operating system migration.

Instead of the existing licensed operating system, Turkey's developed Pardus GNU / Linux distribution was decided to use.

Applications on the Pardus GNU / linux operating system were examined in detail and unnecessary applications were removed.

And a new ISO file was created with the applications used in Eyüpsultan municipality.

This process automated the setup steps and reduced setup time.

While the project continued at full speed, the staff were again trained on LibreOffice and Pardus GNU / linux.

After their training, the users took the exam.

The Pardus GNU / Linux operating system was installed on the computers of the successful ones.

Those who failed were retrained and took the exam again.

As of 2016, 25% of a computer's operating system migration was completed.

A detailed inventory of all software and hardware products used in the institution was created. The analysis should go down to the department, unit and personnel details.

It should be evaluated whether extra costs will arise in the migration project.

Migration plan should be prepared, migration targets should be determined.

You can use an existing Linux distribution.

Or you can customize the distribution you will use according to your own preferences.

Making a customized ISO file will give you speed and flexibility. 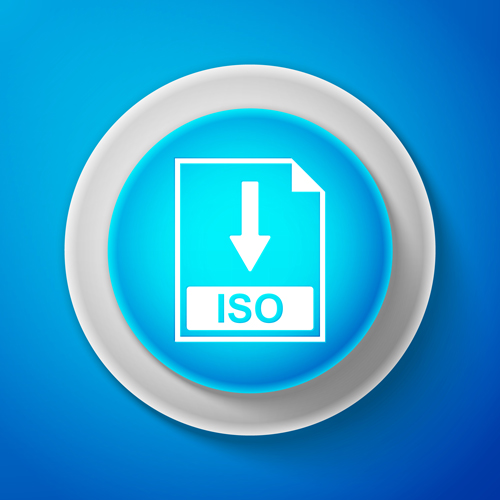 It also helps you compensate for the loss of time caused by incorrect entries.

Start using the ISO file you have prepared in a lab environment consisting of the hardware you use.

Look for solutions, noting any problems encountered during and after installation. 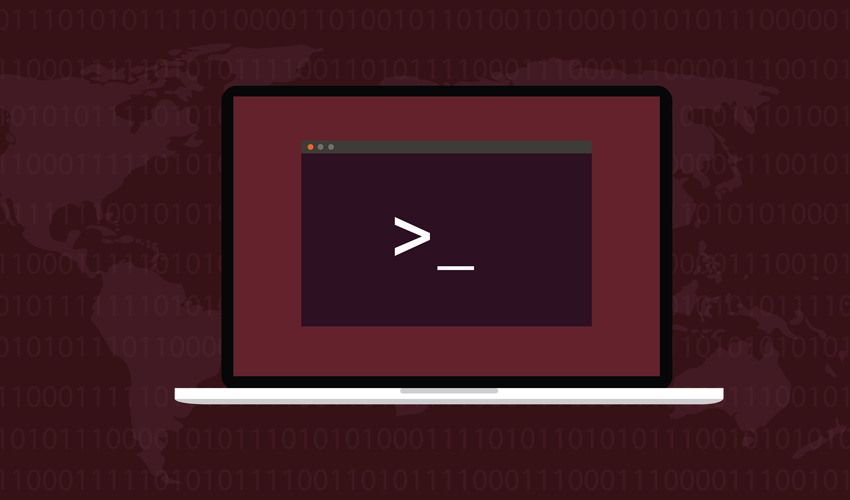 How and Why for BPF

BPF is a powerful component in the Linux kernel and the tools that make use of it are vastly varied and numerous. In this article we examine the general usefulness of BPF and guide you on a path towards taking advantage of BPF’s utility and power. One aspect of BPF, like many technologies, is that at first blush it can appear overwhelming. We seek to remove that feeling and to get you started.

BPF is the name, and no longer an acronym, but it was originally Berkeley Packet Filter and then eBPF for Extended BPF, and now just BPF. BPF is a kernel and user-space observability scheme for Linux.

A description is that BPF is a verified-to-be-safe, fast to switch-to, mechanism, for running code in Linux kernel space to react to events such as function calls, function returns, and trace points in kernel or user space.

While in the kernel, the BPF code can perform actions for events, like, create stack traces, count the events or collect counts into buckets for histograms.

Through this BPF programs provide both fast and immensely powerful and flexible means for deep observability of what is going on in the Linux kernel or in user space. Observability into user space from kernel space is possible, of course, because the kernel can control and observe code executing in user mode.

Running BPF programs amounts to having a user program make BPF system calls which are checked for appropriate privileges and verified to execute within limits. For example, in the Linux kernel version 5.4.44, the BPF system call checks for privilege with:

The BPF system call checks for a sysctl controlled value and for a capability. The sysctl variable can be set to one with the command

but to set it to zero you must reboot and make sure to not have your system configured to set it to one at boot time.

Because BPF is doing the work in kernel space significant time and overhead is saved avoiding context switches and by not necessitating transferring large amounts of data back to user space.

Not all kernel functions can be traced. For example if you were to try funccount-bpfcc '*_copy_to_user' you may get output like:

This is kind of mysterious. If you check the output from dmesg you would see something like: