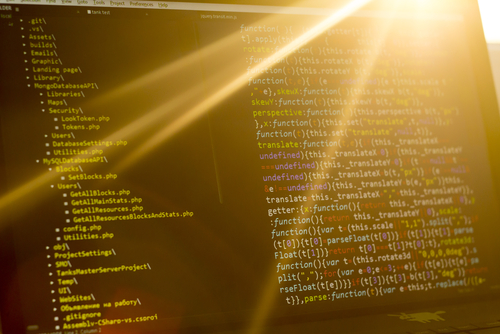 Filesystems, like file cabinets or drawers, control how your operating system stores data. They also hold metadata like filetypes, what is attached to data, and who has access to that data. For windows or macOS users

Quite honestly, not enough people consider which file system to use for their computers.

Windows and macOS users have no valid reason to look into filesystems because they have one that’s been widely used since its inception. For Windows that’s NTFS and macOS that’s HFS+. For Linux users, there are plenty of different file system options to choose from. The current default in the Linux field is known as the Fourth Extended Filesystem or ext4.

Currently there is discussion for changes in the filesystem space of Linux. Much like the changes to the default init systems and the switch to systemd a few years ago, there has been a push for changing the default Linux filesystem to the Btrfs. No, I'm not using slang or trying to insult you. Btrfs stands for the B-Tree file system. Many Linux users and sysadmins were not too happy with its initial changes. That could be because people are generally hesitant to change, or because they change may have been too abrupt. A friend once said, "I've learned that fear limits you and your vision. It serves as blinders to what may be just a few steps down the road for you." In this article I want to help ease the understanding of Btrfs and make the transition as smooth as butter. Let’s go over a few things first.

What do Filesystems do?

Just to be clear, we can summarize what filesystems do and what they are used for. Like mentioned before filesystems are used for controlling how data is store after a program is no longer using it, how to access that data, where that data is located, and what is attached to the data itself. As a sysadmin, one of the many tasks and responsibilities is to maintain backups and manage filesystems. Partitioning filesystems help with separating different areas in business environments and is common practice for data retention. An example would be taking a 3TB hard disk and partitioning 1TB for your production environment, 1TB for your development environment, 1TB for company related documents and files. When accidents happen to a specific partition, only the data stored in that partition is affected, instead of the entire 3TB drive in this example. A fun example would be a user testing a script in a development application that begins filling up disk space in the dev partition. Filling up a filesystem accidentally, whether it be from an application or a user’s script or anything on the system, could cause an entire system to stop functioning. If data is partitioned to separate partitions, only the data in that partition will be full or affected, so the production and company data partitions are safe.