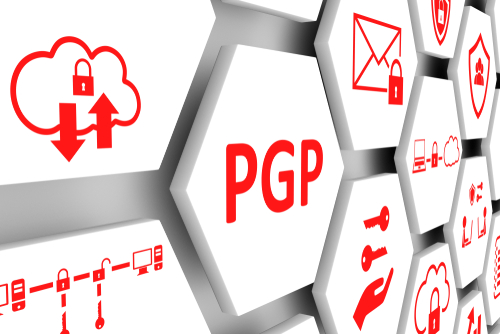 If you have sent any plaintext confidential emails to someone (most likely you did), have you ever questioned yourself about the mail being tampered with or read by anyone during transit? If not, you should!

Any unencrypted email is like a postcard. It can be seen by anyone (crackers/security hackers, corporations, governments, or anyone with the required skills), during its transit.

In 1991 Phil Zimmermann, a free speech activist, and anti-nuclear pacifist developed Pretty Good Privacy (PGP), the first software available to the general public that utilized RSA (a public key cryptosystem, will discuss it later) for email encryption and signing. Zimmermann, after having had a friend post the program on the worldwide Usenet, got prosecuted by the U.S. government; later he was charged by the FBI for illegal weapon export because encryption tools were considered as such (all charges were eventually dropped). Zimmermann later founded PGP Inc., which is now part of Symantec Corporation.

In 1997 PGP Inc. submitted a standardization proposal to the Internet Engineering Task Force. The standard was called OpenPGP and was defined in 1998 in the IETF document RFC 2440. The latest version of the OpenPGP standard is described in RFC 4880, published in 2007.

Nowadays there are many OpenPGP-compliant products: the most widespread is probably GnuPG (GNU Privacy Guard, or GPG for short) which has been developed since 1999 by Werner Koch. GnuPG is free, open-source, and available for several platforms. It is a command-line only tool.

PGP is used for digital signature, encryption (and decrypting obviously, nobody will use software which only encrypts!), compression, Radix-64 conversion.

In this article, we will explain encryption and digital signatures.

Encryption is the process of conversion of any information to a ciphertext or an unreadable form. A very simple example of encrypting text is:

Hello this is Knownymous and this is a ciphertext.

If you read it carefully, you will notice that every letter of the English alphabet is converted to its next 13th letter in the English alphabet, so 13 is the key here, needed to decrypt it. It was known as Caesar cipher (Yes, the method is named after Julius Caesar).

Since then there are many encryption techniques (Cryptography) developed like- Diffie–Hellman key exchange (DH), RSA.

The techniques can be used in two ways: