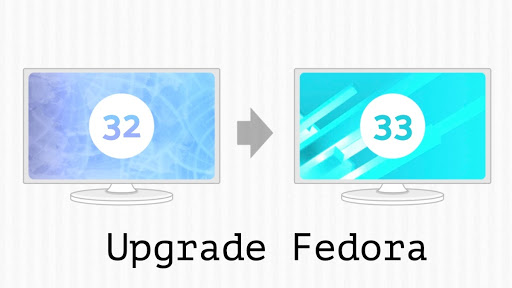 Last week, a Red Hat-sponsored community project, Fedora, announced the availability of Fedora 33 Beta. It is a prerelease version of the upcoming Fedora 33 Linux distribution, whose final stable version will arrive in the last week of October.

Fedora 33 is one of the exciting releases as it contains the fundamental shift of the default filesystem from ext4 to btrfs for all Fedora desktop editions and spins, along with other new features and visual changes.

Here are some of the key updates that Fedora 33 Beta includes:

For complete details of all features, you can check out the Fedora 33 change set.

Coming to the main topic, you can also upgrade your current Fedora system to the beta version of Fedora 33, which you’ll also be able to upgrade further to the final stable release by simply updating your system once it arrives at the end of October.

So, if you’re the one who wants to test all new features of the upcoming Fedora 33, come along with me and upgrade your Fedora 32 Workstation to the Fedora 33 Beta Workstation using either of two methods.

If you’re comfortable playing with the terminal, you can upgrade Fedora 32 to 33 using the command line method or else follow the upgrade process using the graphical Software Center app.

What You Need To Do Before Upgrading Fedora Linux

Before you follow the steps to upgrade your Fedora Workstation, I would highly recommend backing up your data. Well, I didn’t encounter any problems while upgrading but if your data is very important, then I would say prevention is better than a cure.

After data backup, you should also keep it in mind that upgrading the system takes time. So, before you start this operation, buy enough time to finish the upgrade process properly. Needless to say, you should also have a stable internet connection to download all the update data.

Lastly, I also want to mention that the new release may halt some of the functions that worked perfectly in your previous version. For example, I was using Dash to Dock GNOME extension, which was broken in GNOME 3.38. So, I needed to re-install it manually.

First, open the terminal and run the following command to update your system by getting the latest software packages for Fedora 32.