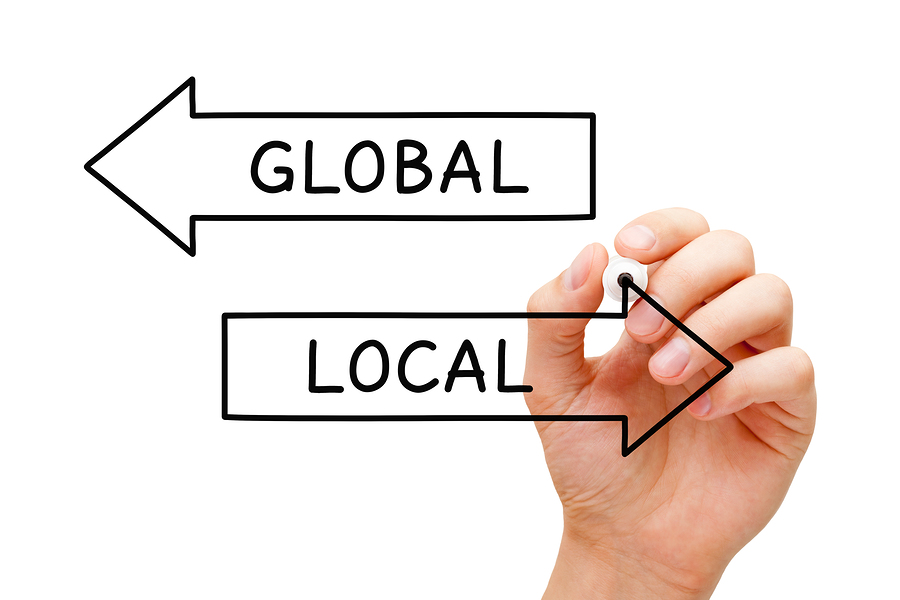 Local is the frontier of truth at the dawn of our Digital Age.

The internet showed up in our house in 1995. When that happened, I mansplained to my wife that it was a global drawstring through all the phone and cable companies of the world, pulling everybody and everything together—and that this was going to be good for the world.

My wife, who ran a global business, already knew plenty of things about the internet and expected good things to happen as well. But she pushed back on the global thing, saying "the sweet spot of the internet is local." Her reason: "Local is where the internet gets real." By which she meant the internet wasn't real in the physical sense anywhere, and we still live and work in the physical world, and that was a huge advantage.

Later I made a big thing about how the internet was absent of distance, an observation I owe to Craig Burton. Here's Craig in a 1999 interview for a Linux Journal newsletter that I sourced later in this 2000 column:

I see the Net as a world we might see as a bubble. A sphere. It's growing larger and larger, and yet inside, every point in that sphere is visible to every other one. That's the architecture of a sphere. Nothing stands between any two points. That's its virtue: it's empty in the middle. The distance between any two points is functionally zero, and not just because they can see each other, but because nothing interferes with operation between any two points. There's a word I like for what's going on here: terraform. It's the verb for creating a world. That's what we're making here: a new world. Now the question is, what are we going to do to cause planetary existence? How can we terraform this new world in a way that works for the world and not just ourselves?

In Linux Journal (see my article "The Giant Zero, Part 0.x") and elsewhere, I joined Craig in calling that world "the giant zero". Again my wife weighed in with a helpful point: the internet has no gravity as well as no distance—meaning we are not only placeless when we're on the net, but that prepositions such as on (uttered earlier in this sentence) were literally wrong, even though they made metaphorical sense. See, most prepositions express spatial relations that require distance, gravity or both. Over, under, through, around, beside and within are all examples. The one preposition that does apply for the net is with, because we are clearly with another person (or whatever) when we are engaged with them on (can't help using that word) the net.