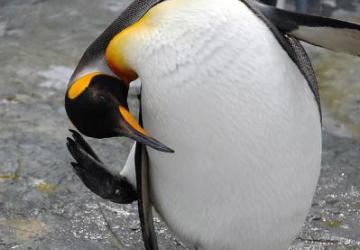 Periodically, the kernel developers debate something everyone generally takes for granted, such as the length of a line of text. Personally, I like lines of text to reach both sides of my screen—it's just a question of not wasting space.

Alastair D'Silva recently agreed with me. He felt that monitor sizes and screen resolution had gotten so big in recent years, that the kernel should start allowing more data onto a single line of text. It was simple pragmatism—more visible text means more opportunity to spot the bug in a data dump.

Alastair posted a patch to allow 64-byte line lengths, instead of the existing options of 16 bytes and 32 bytes. It was met with shock and dismay from Petr Mladek, who said that 64 bytes added up to more than 256 characters per line, which he doubted any human would find easy to read. He pointed out that the resolution needed to fit such long lines on the screen would be greater than standard hi-def. He also pointed out that there were probably many people without high-definition screens who worked on kernel development.

Alastair noted that regular users never would see this data anyway, and he added that putting the choice in the hands of the calling routine couldn't possibly be a bad thing. In fact, instead of 16-, 32- and 64-bytes, Alastair felt the true option should be any multiple of the groupsize variable.

There's very little chance that Alastair's patch will make it into the kernel. Linus Torvalds is very strict about making sure Linux development does not favor wealthy people. He wants developers working on ancient hardware to have the same benefits and capabilities as those working with the benefit of the latest gadgets.

Linus commented about seven years ago on the possibility of changing the maximum patch line length from 80 to 100 characters. At that time he said:

I think we should still keep it at 80 columns.

The problem is not the 80 columns, it's that damn patch-check script that warns about people *occasionally* going over 80 columns.

But usually it's better to have the *occasional* 80+ column line, than try to split it up. So we do have lines that are longer than 80 columns, but that's not because 100 columns is ok - it's because 80+ columns is better than the alternative.

So it's a trade-off. Thinking that there is a hard limit is the problem. And extending that hard limit (and thinking that it's 'ok' to be over 80 columns) is *also* a problem.