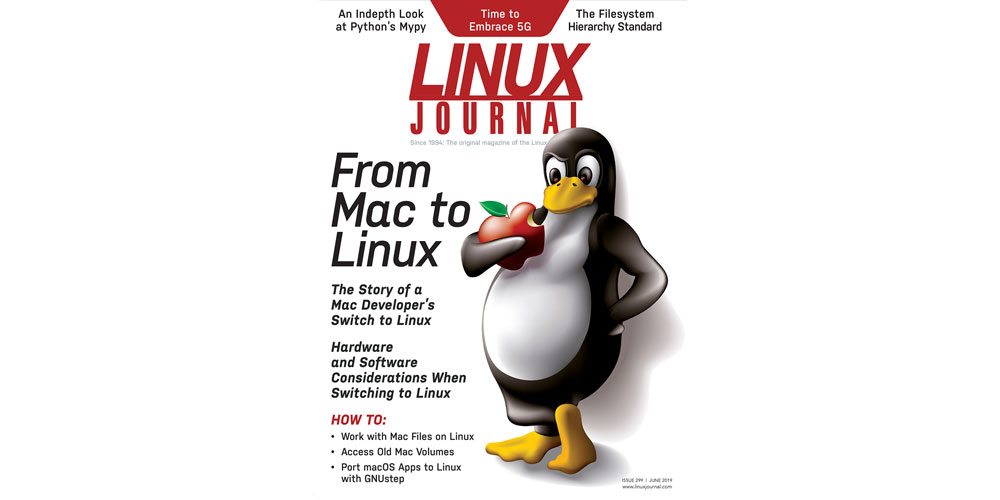 What you are reading right now is a Linux magazine—with a focus on Apple computers running macOS. (Or MacOS. Or however Apple is doing the capitalization nowadays.)

I know, it's weird. It's extremely weird—like cats and dogs living together weird.

But we're not here to bash on Apple. Neither are we here to sing praises to those down in Cupertino.

The reality is, many within the Open Source and Free Software worlds do use Macintoshes—at least a portion of the time—and there are some unique challenges that pop up when you need to use both macOS and Linux on a regular basis. Likewise, many people have moved from Mac to Linux as part of their computing journey, and we'd like to offer some tips and ideas to help them out.

(And if we help a few Mac users feel a bit more confident in making the switch over to Linux? Well, that's just gravy on top.)

Never used a Macintosh before? There's some interesting technical tidbits held within these pages that might come in handy when interacting with co-workers that utilize a number of Mac-specific file types and programs. Or, at the very least, the various distinct differences between the platforms are sure to provide a bit of amusement. Who doesn't want to know how Mac filesystems work? You'll be the life of the party!

We kick everything off with a delightful tale we call "Hello Again, Linux" by a gentleman named Richard Mavis who recounts his own story of how he switched from Windows to Mac, then from Mac to Linux. He describes what hardware and software he used, what prompted his change, and how the entire experience went.

Then we get into the meat and potatoes of some of the more "Macintosh-y" things you can do from your Linux desktop.

We begin with "Accessing Those Old MacOS Volumes" by Linux Journal Editor at Large, Petros Koutoupis. In it, Petros walks through the process of how to mount (and read/write) Macintosh volumes (hard drives and so on) that were formatted with "Hierarchical File System Plus" (usually called "HFS+"). This process can be a royal pain in the posterior, so having it written down with step-by-step instructions is simply too handy for words.

Then I cover the various software and packages that allow Linux (and, to a lesser extent, some UNIX variants) to read and write some of the Mac-specific file types out there: DMG files, SIT files, ClarisWorks files and so on. I cover how to open them all, right on your Linux computer. No Mac required.

But let's say you're a Mac software developer. You've got a small mountain of code written in Objective-C using the Cocoa framework. Don't want to lose that massive investment in time and knowledge when you make the move to Linux? Petros Koutoupis provides an introduction to the free software re-implementation of Apple's closed-source frameworks in "Porting Mac OS Applications to Linux with GNUstep".