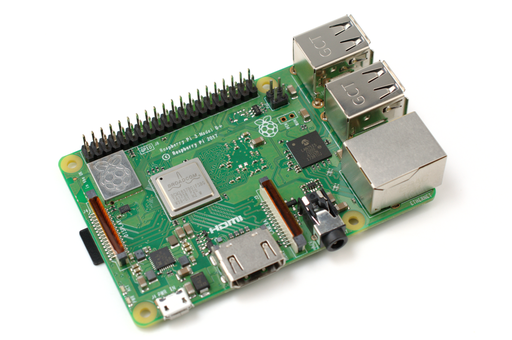 Learn about some of the risks when choosing an alternative to a Raspberry Pi for your project.

I have a lot of low-cost single-board computers (SBCs) at my house. And, I've written a number of articles for Linux Journal that discuss how I put those computers to use—whether it's controlling my beer fridge, replacing a rackmount file server, acting as a media PC connected to my TV or as an off-site backup server in my RV (plus many more). Even more recently, I wrote a "Pi-ventory" article where I tried to count up just how many of these machines I had in my home.

Although the majority of the SBCs I use are some form of Raspberry Pi, I also sometimes use Pi alternatives—SBCs that mimic the Raspberry Pi while also offering expanded features—whether that's gigabit Ethernet, faster CPUs, SATA ports, USB3 support or any number of other improvements. These boards often even mimic the Raspberry Pi by having "Pi" in their names, so you have Orange Pi and Banana Pi among others. Although Pi alternatives allow you to solve some problems better than a Raspberry Pi, and in many cases they provide hardware with better specifications for the same price, they aren't without their drawbacks. So in this article, I take a look at the downsides of going with a Pi alternative based on my personal experience.

The initial Raspberry Pi was a runaway success, and all of the subsequent models have sold incredibly well. There are only a few variants on the Raspberry Pi platform, and later hardware upgrades have done a good job at maintaining backward-compatibility where possible (in particular with overall board dimensions and placement of ports). There also have been only a few "official" Raspberry Pi peripherals through the years (the camera being the best example). When you have this many of a particular hardware device out in the world, and the primary vendor is mostly focused on the hardware itself, you have a strong market for add-ons and peripherals from third parties.

The secondary Raspberry Pi market is full of cases, peripherals and add-on hardware like USB WiFi dongles that promise to be compatible out of the box with earlier models that didn't include WiFi. Adafruit is a good example of an electronics vendor who has jumped into the Raspberry Pi secondary market with a lot of different hobbyist kits that feature the Raspberry Pi as the core computing and electronics platform. That company and others also have created custom add-on shields intended to stack on top of the Raspberry Pi and add additional features including a number of different screen options, sensors and even cellular support. There's even a company that offers a case to turn a Raspberry Pi into a small laptop.