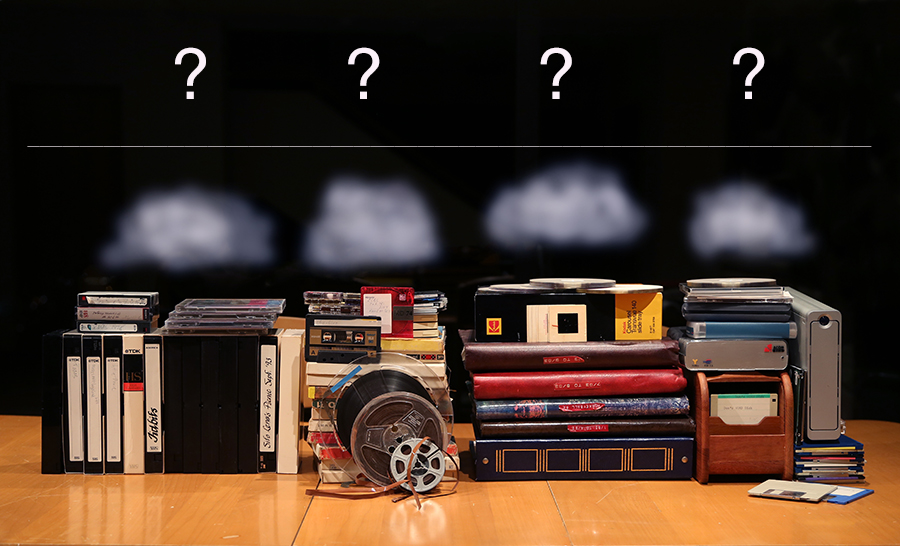 Will our digital lives leave a fossil record? Or any record at all?

In the library of Earth's history, there are missing books. All were written in rock that is now gone. The greatest example of "gone" rock first was observed by John Wesley Powell in 1869, on his expedition by boat through the Grand Canyon. Floating down the Colorado river, he saw the canyon's mile-thick layers of reddish sedimentary rock resting on a basement of gray non-sedimentary rock, and he correctly assumed that the upper layers did not continue from the bottom one. He knew time had passed between the basement rock and the floors of rock above it, but he didn't know how much. The answer turned out to be more than a billion years. The walls of the Grand Canyon say nothing about what happened during that time. Geology calls that nothing an unconformity.

In fact, Powell's unconformity prevails worldwide. The name for this worldwide missing rock is the Great Unconformity. Because of that unconformity, geology knows comparatively little about what happened in the world through stretches of time ranging regionally up to 1.6 billion years. All of those stretches end abruptly with the Cambrian Explosion, which began about 541 million years ago. Many theories attempt to explain what erased all that geological history, but the prevailing paradigm is perhaps best expressed in "Neoproterozoic glacial origin of the Great Unconformity", published on the last day of 2018 by nine geologists writing for the National Academy of Sciences.

Put simply, they blame snow. Lots of it—enough to turn the planet into one giant snowball, already informally called Snowball Earth. A more accurate name for this time would be Glacierball Earth, because glaciers, all formed from snow, apparently covered most or all of Earth's land during the Great Unconformity—and most or all of the seas as well.

The relevant fact about glaciers is that they don't sit still. They spread and slide sideways, pressing and pushing immensities of accumulated ice down on landscapes that they pulverize and scrape against adjacent landscapes, abrading their way through mountains and across hills and plains like a trowel spreading wet cement. Thus, it seems glaciers scraped a vastness of geological history off the Earth's surface and let plate tectonics hide the rest of the evidence. As a result, the stories of Earth's missing history are told only by younger rock that remembers only that a layer of moving ice had erased pretty much everything other than a signature on its work.