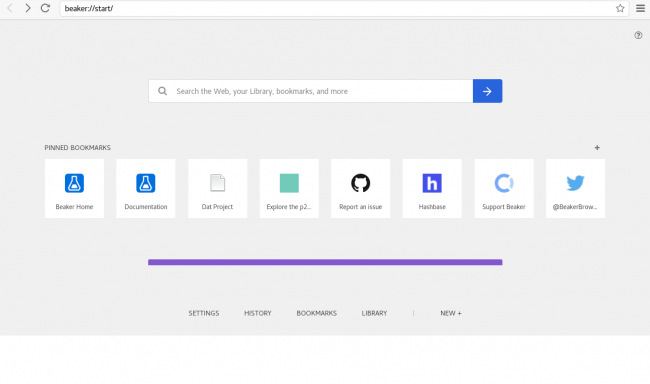 The best future of the internet may be peer-to-peer. The Beaker Browser offers a glimpse.

When Tim Berners-Lee invented the World Wide Web, he envisioned a single software package that allowed everyone to create and read pages across the internet. Much has happened in the intervening years, but this idea is starting to come back.

Many of the web's founders now realize that they didn't sign up for a web dominated by a few giant corporations relying on collecting massive amounts of data on its users to sell to advertisers.

The Beaker Browser project is creating a decentralized peer-to-peer web browser that, if successful, could return the web to its users. Let's explore how this is done!

Beaker Browser serves as a bridge to a possible future for the web—and the internet. You can use Beaker today to surf the web like any other Chromium-based browser. More important, you also can use Beaker to create and support a new, decentralized, server-less internet.

Beaker Browser uses a peer-to-peer network protocol called Dat to create a decentralized web platform. Websites spread from people seeding them, BitTorrent-style. When following news and discussions about the decentralized web, you'll often hear about blockchain as an underlying basis. The Beaker team thinks that blockchain negotiations and "proof of work" requirements unnecessarily slow down the web. It's better to build "communities of trust" among peers than to try to eliminate trust altogether.

Centralized servers, internet service providers and web hosting firms restrict the options for users to collaborate with one another to build a better world. Comcast, AT&T and cable companies seek to end the principle of net neutrality to narrow the content choices users have always made on their own. At the same time, Facebook, Amazon, Google and other giant content corporations seek to keep us locked inside their respective walled gardens, persuading us that they have all the content we'll ever need. There's no need to visit the open internet. Both sides of this corporate clash do this to maximize profits for themselves.

Users deserve better, and Linux users want all the choices.

The Dat Project describes itself as "Modeled after the best parts of Git, BitTorrent, and the internet, the Dat protocol is a peer-to-peer protocol for syncing files and data across distributed networks."

Dat began as a file-sharing protocol, designed to allow users to store and share encrypted files without using centralized services like Dropbox. With the Dat Desktop app, you can make any folder on your system use the Dat protocol. Every file in that folder is encrypted with a private key. Dat also allows for storing version information for each file shared on the network.