Mender is an open-source (Apache 2.0) project to address over-the-air (OTA) software update management for Linux-based IoT devices. When we researched this five years ago, there were no open-source end-to-end (device-to-server) options to manage the lifecycle of OTA updates for connected devices. Some open-source options were available, but they either had a proprietary management server, or they were client-only and required integration with another back-end server.

In short, the options available to IoT device-makers either had vendor lock-in or simply were too kludgy. Thus, we created Mender, which has two components: the runtime client integrated into the device and the management server with an intuitive user interface to manage updates at scale for large fleets. 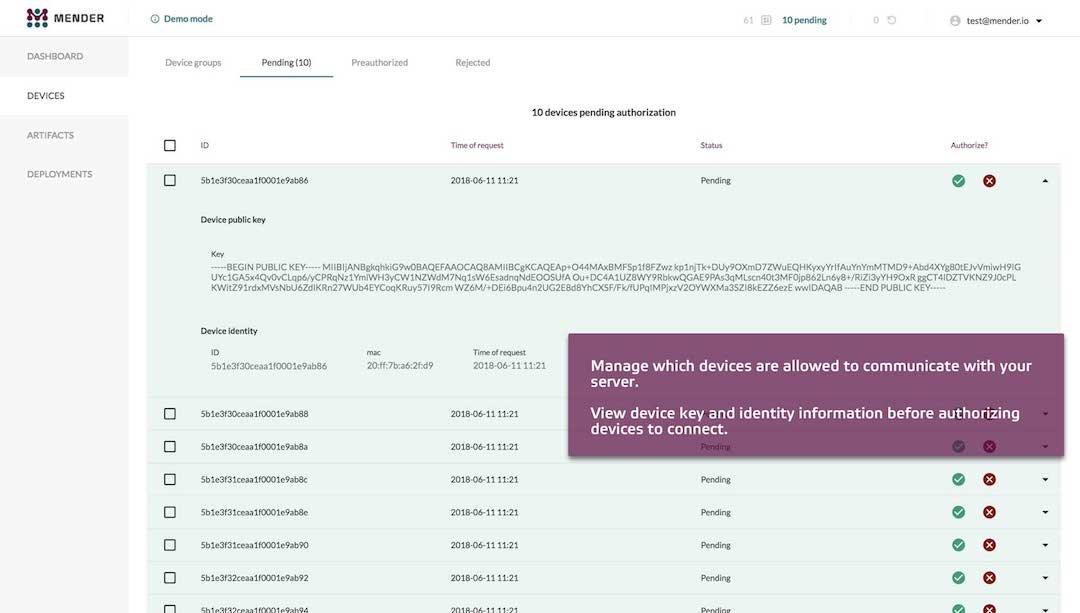 We found in our initial research phase that many embedded systems developers created their own remote update mechanism, which usually took risky shortcuts around security and robustness. Embedded development traditionally has been a very diverse space, and the lack of technology standardization generates a lot of custom work for device-makers. Unlike web development and accepted standards, such as the LAMP stack, device-makers had to create much of their stack. This includes the fundamental capability of remote updates. And, most developers had no other choice but to build their own, given how exotic hardware and OS combinations could be for connected devices. We created a community repository called Mender Hub to allow developers to create and reuse tested and validated integrations to enable OTA updates for any combination of hardware and OS.

A consequence of the growth of IoT devices is the increase of easy targets for malicious actors, evident in the proliferation of malware targeting poorly secured IoT devices. There have been an increasing number of malware attacks infecting poorly secured connected devices. The 2016 Dyn DDoS attack was one of the clearest examples of the ramifications of poorly secured IoT devices, which was executed through the Mirai malware infecting a large number of IoT devices and enslaved them into a botnet. The IoT botnet attack caused major outages across internet platforms and services, including Amazon, GitHub and Netflix.

The increasing connectivity of cars, medical devices and more is making IoT security a serious public health issue. We created Mender to help with baseline security-hardening, and security patching is fundamental. But remote updates is quite challenging and has a lot of nuances to consider to establish a secure and robust OTA process.