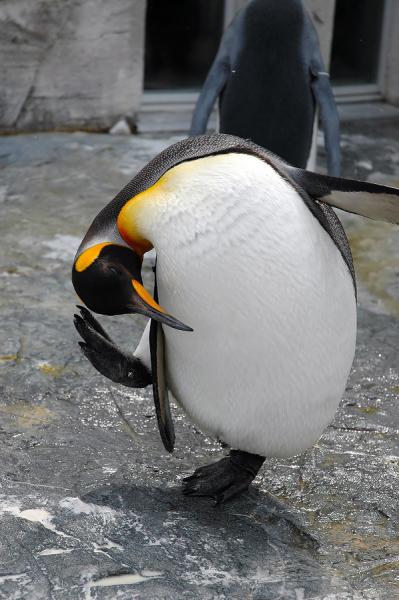 You ever see an injustice in the world—one so strong, so overwhelming—that, try as you might, you just can't ignore it? A crime that dominates your consciousness beyond all others? That drives you, even in the face of certain defeat, to action?

Not the existence of Linux. Linux is amazing. Linux powers the world. Linux is, as the kids say, totally tubular.

It's the name. It's the name that makes me Hulk out. Specifically, it's that confounded "X". It just plain should not be there.

That's not a joke.

To make my case for why I believe this, with every fiber of my being, let's start by understanding why "Linux" has that X in the first place. It happened back in the early 1990s, when the first snapshot of Linucs (ahem) code was first uploaded to an FTP server.

Back then, Linus Torvalds wanted to name his kernel "Freax" ("Free" + "Freak" + "Unix"). Linus felt naming the kernel after himself would be a bit, you know, weird. A friend of his disagreed, and when he uploaded the source, he named the folder "Linux".

See that "X" there at the end? It was meant to represent the "X" in UNIX. There's just one problem with that.

UNIX was never supposed to have an "X" in the name at all.

(Note: neither Unics or Multics is spelled with an "X".)

The people that created, engineered and ran the project named it "Unics", and, here's the kicker, nobody is 100% sure where that X even came from. I cover the topic a bit further in my video "The Complete History of Linux (Abridged)" around the five-minute mark. But, the gist is this: the most viable, detailed theory for "the X" is that "maybe someone in PR did it?"

In other words, Linucs—possibly the most critical and valuable piece of software in human history—is incorrectly named "Linux" because an unknown person may or may not have accidentally written Unics as "UNIX" once. Maybe. We're not really sure.

But, because everyone else uses the X, so must I. In every article. Every video. Every presentation.

Whenever I write the word "Linux"—which is about 80 bajillion times every day—I let out a whisper-quiet, short, tortured scream, followed by a subtle wimper of defeated acceptance. If you've ever seen me at a conference, writing an article on my laptop, now you know why I look like a completely insane person.

It's that stupid, friggin' X.

So. There you have it.