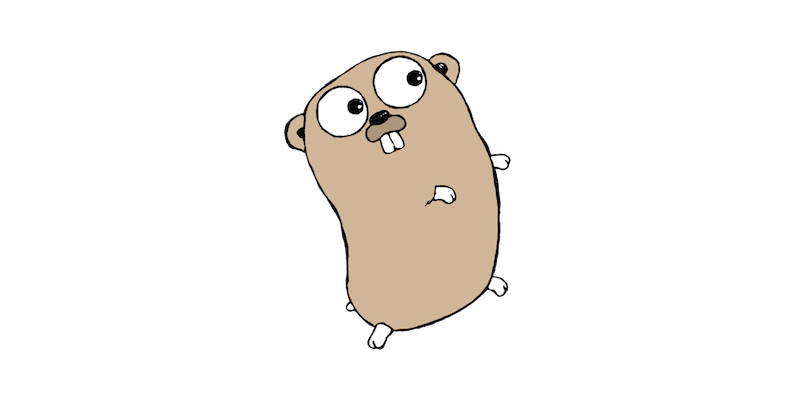 How to get started with this useful new programming language.

You've probably heard of Go. Like any new programming language, it took a while to mature and stabilize to the point where it became useful for production applications. Nowadays, Go is a well established language that is used in web development, writing DevOps tools, network programming and databases. It was used to write Docker, Kubernetes, Terraform and Ethereum. Go is accelerating in popularity, with adoption increasing by 76% in 2017, and there now are Go user groups and Go conferences. Whether you want to add to your professional skills or are just interested in learning a new programming language, you should check it out.

A team of three programmers at Google created Go: Robert Griesemer, Rob Pike and Ken Thompson. The team decided to create Go because they were frustrated with C++ and Java, which through the years have become cumbersome and clumsy to work with. They wanted to bring enjoyment and productivity back to programming.

The three have impressive accomplishments. Griesemer worked on Google's ultra-fast V8 JavaScript engine used in the Chrome web browser, Node.js JavaScript runtime environment and elsewhere. Pike and Thompson were part of the original Bell Labs team that created UNIX, the C language and UNIX utilities, which led to the development of the GNU utilities and Linux. Thompson wrote the very first version of UNIX and created the B programming language, upon which C was based. Later, Thompson and Pike worked on the Plan 9 operating system team, and they also worked together to define the UTF-8 character encoding.

Go has the safety of static typing and garbage collection along with the speed of a compiled language. With other languages, "compiled" and "garbage collection" are associated with waiting around for the compiler to finish and then getting programs that run slowly. But Go has a lightning-fast compiler that makes compile times barely noticeable and a modern, ultra-efficient garbage collector. You get fast compile times along with fast programs. Go has concise syntax and grammar with few keywords, giving Go the simplicity and fun of dynamically typed interpreted languages like Python, Ruby and JavaScript.

The idea of Go's design is to have the best parts of many languages. At first, Go looks a lot like a hybrid of C and Pascal (both of which are successors to Algol 60), but looking closer, you will find ideas taken from many other languages as well.

Go is designed to be a simple compiled language that is easy to use, while allowing concisely written programs that run efficiently. Go lacks extraneous features, so it's easy to program fluently, without needing to refer to language documentation while programming. Programming in Go is fast, fun and productive.