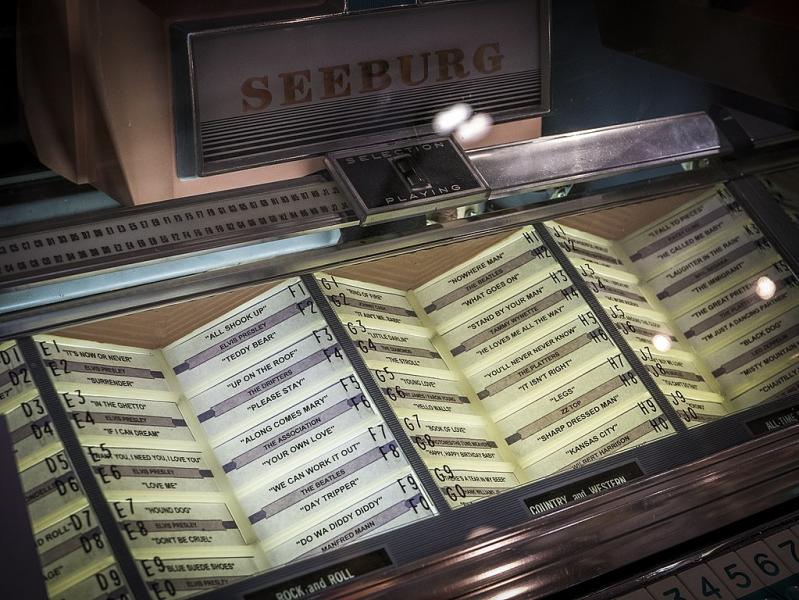 How music listeners can fill the industry's "value gap".

From the 1940s to the 1960s, countless millions of people would put a dime in a jukebox to have a single piece of music played for them, one time. If they wanted to hear it again, or to play another song, they'd put in another dime.

In today's music business, companies such as Spotify, Apple and Pandora pay fractions of a penny to stream songs to listeners. While this is a big business that continues to become bigger, it fails to cover what the music industry calls a "value gap".

They have an idea for filling that gap. So do I. The difference is that mine can make them more money, with a strong hint from the old jukebox business.

For background, let's start with this graph from the IFPI's Global Music Report 2018: 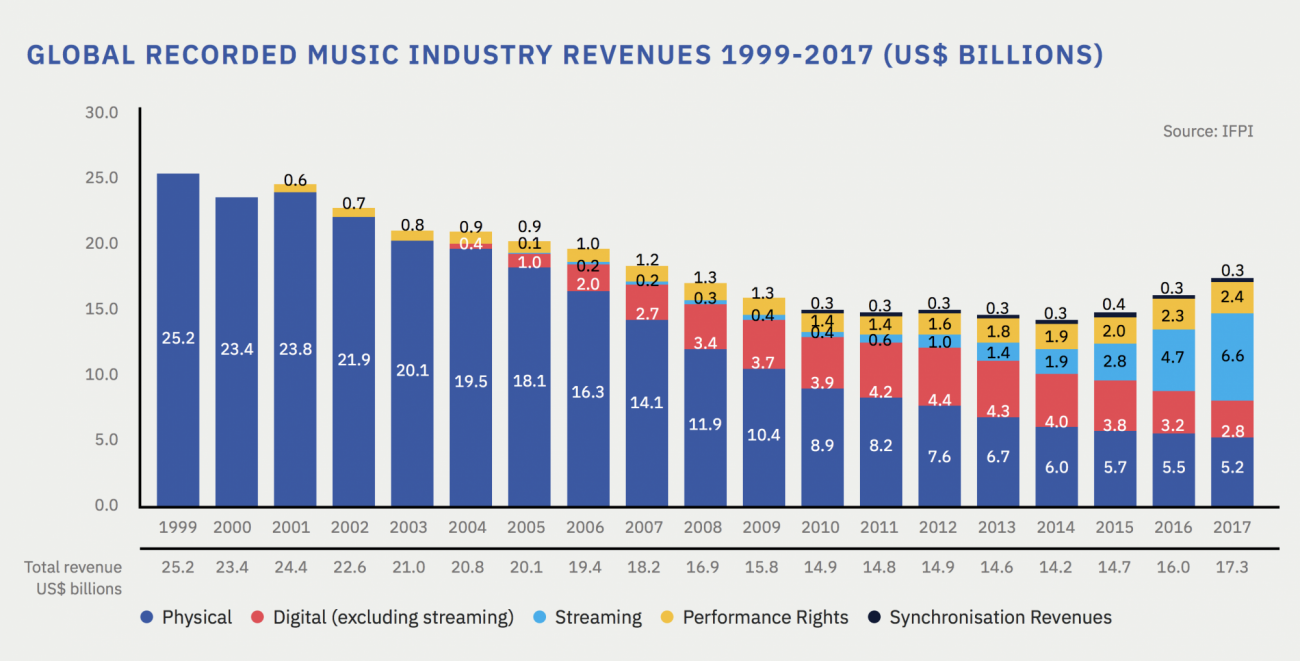 You can see why IFPI no longer gives its full name: International Federation of the Phonographic Industry. That phonographic stuff is what they now call "physical". And you see where that's going (or mostly gone). You also can see that what once threatened the industry—"digital"—now accounts for most of its rebound (Figure 2). 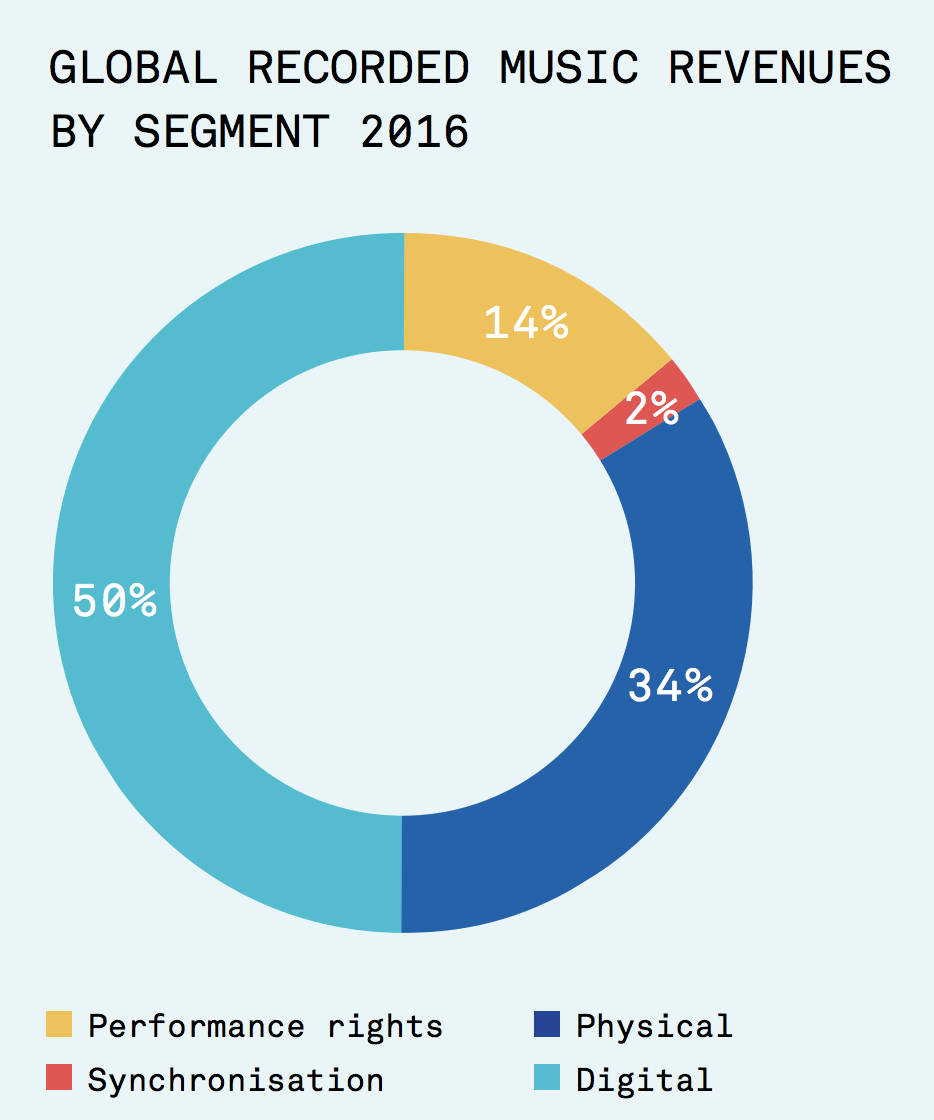 The graphic shown in Figure 2 is also a call-out from the first. Beside it is this text: "Before seeing a return to growth in 2015, the global recording industry lost nearly 40% in revenues from 1999 to 2014."

However, significant challenges need to be overcome if the industry is going to move to sustainable growth. The whole music sector has united in its effort to fix the fundamental flaw in today's music market, known as the "value gap", where fair revenues are not being returned to those who are creating and investing in music.

They want to solve this by lobbying: "The value gap is now the industry's single highest legislative priority as it seeks to create a level playing field for the digital market and secure the future of the industry." This has worked before. Revenues from streaming and performance rights owe a lot to royalty and copyright rates and regulations guided by the industry. (In the early 2000s, I covered this like a rug in Linux Journal. See here.)