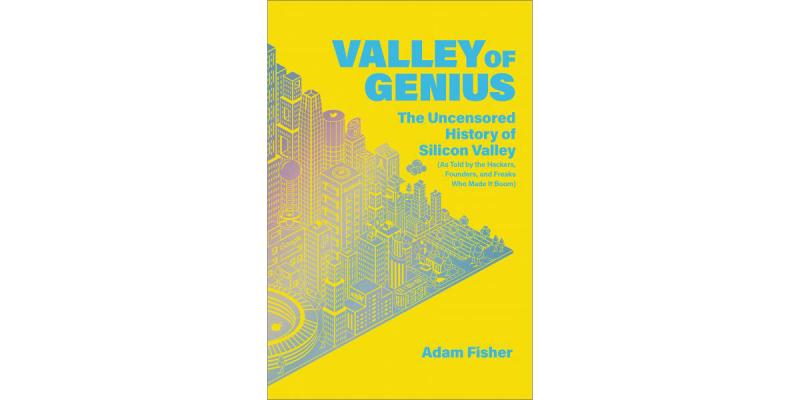 I don't know where to begin—and I mean that in a very positive way. I can best describe Valley of Genius: The Uncensored History of Silicon Valley (As Told by the Hackers, Founders, and Freaks Who Made It Boom) as a "literary documentary". The book provides a sort of oral history of the Valley from the legends who built it.

The author, Adam Fisher, grew up in Silicon Valley. He continues to live in the Bay Area, so he's been exposed to many of the early technologies created in the region. He eventually became a computer programmer and writer, writing for Wired magazine and other publications. Valley of Genius is his first book, but he wrote very little of it—and he didn't need to do much more than piece together the many interviews he conducted to form a wonderful and continuous narrative that begins as early as the 1950s.

The story starts off with the very first computer that was more than just a super calculator created by Doug Engelbart. With a small team, he built a prototype: the oN-Line System, or NLS. It even was equipped with a "mouse"! The story continues on to the first video games manufactured by Nolan Bushnell and company in their pre-Atari days.

The book also details how, in parallel, Engelbart's prototype inspired the computers of the future developed at Xerox PARC, while the Spacewar video game would motivate a young Steve Wozniak not only to help Steve Jobs create video games for the later Atari, but also eventually to build the original Apple computer.

The narrative progresses with the birth of Apple, the company, was born and took the world of personal computing by storm—at least initially. What followed was an emotional roller coaster. The Apple II was a success, and up until Jobs looked to Alan Kay's visions preserved in the Xerox Alto, Apple continued to fail, but then later turned it all around with the Macintosh, as the story goes.

The book covers the evolving hardware (and software), and how the culture it nurtured evolved along with it. It explores how the early versions of the internet connected the youngest and brightest, and how ideas were shared—all of them centered around the concept of openness.

It looks at how passionate people started flame wars, and how publications, such as Wired, captured those times and emotions best. The book explores how Wired also rode the internet wave by shifting some of that focus toward its HotWired website. It considers the early days of the internet, at a time when it was all research and bulletin-board systems (or BBSes), and the problem of how to navigate this new World Wide Web. It describes how early web browsers, such as Mosaic and Netscape Navigator (the Mosaic killer or Mozilla), solved this need—and with it, helping to open the internet to more users.