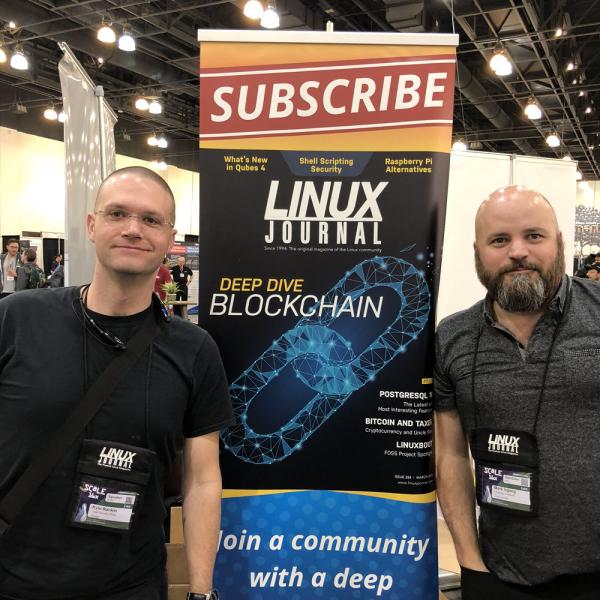 Linux Journal has been reporting on Linux every month since version 1.0 in April 1994.

Through the nearly 25 years that have passed since then, Linux has come to support approximately everything an operating system can, while Linux Journal has maintained its status as the leading magazine covering Linux and all Linux does (or at least as much as we can fit into more pages than ever).

Here is where Linux currently stands among the world's operating systems (stats via the Linux Foundation):

Linux is also at the base of countless open-source software stacks, which in turn support vast sums of productivity and economic benefit to countless verticals. Telecom, retail, automotive, energy, transportation, medicine, networking, entertainment and pharma are just a few of the big familiar ones.

Linux Journal's coverage has ranged just as widely, but we've also kept faith with the serious developers who made Linux a success in the first place and are still our core readership.

Our monthly issues are big. Where in print we were limited to less than 100 pages per issue, now we tend to run around 160–170 pages. Each issue also features a Deep Dive section, devoted to one topic in-depth, which is like a new ebook within each issue. And although we used to charge for our extensive archive (again, going back to 1994), we now provide access to all paying subscribers. The same subscribers also will get a free topical ebook with each renewal. (Currently it's SysAdmin 101 by our own Kyle Rankin, but we change it regularly.)

After we were acquired (by the parent company of Private Internet Access) early this year, we completely overhauled the LinuxJournal.com website, taking it from Drupal 6 to 8 and redesigning it to maximize simplicity and responsiveness. Our constant aim with the website is to make all our editorial matter (which we won't demean by calling it mere "content") easy and enjoyable to read on all devices. This may be one reason our subscriber base has grown nearly 20% so far this year.