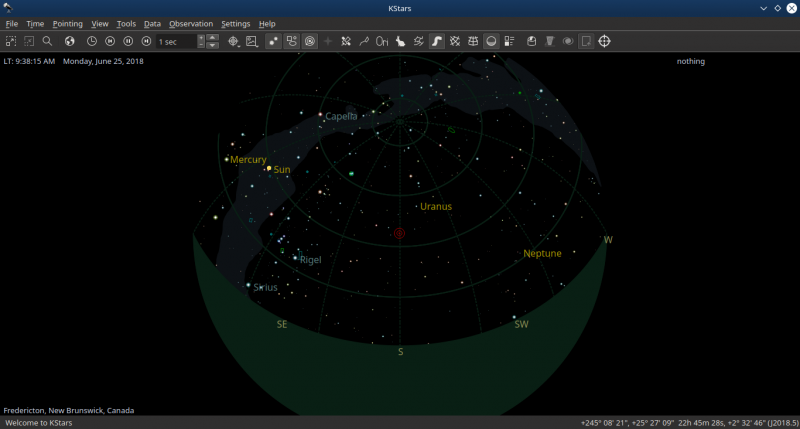 I recently switched to KDE and Plasma as my main desktop environment, so I thought I'd start digging into some of the scientific software available on KDE. First up is KStars, the desktop astronomy program.

KStars probably won't be installed with the standard KDE desktop, so you may need to install it. If you're using a Debian-based distribution, you can install KStars with the following command:

When you first start it, KStars asks for your current location, and then it gives you the option of installing several extra information files to add to the list of objects that KStars knows about and can display. Once those steps are finished, KStars begins with the current sky at the location you entered earlier. 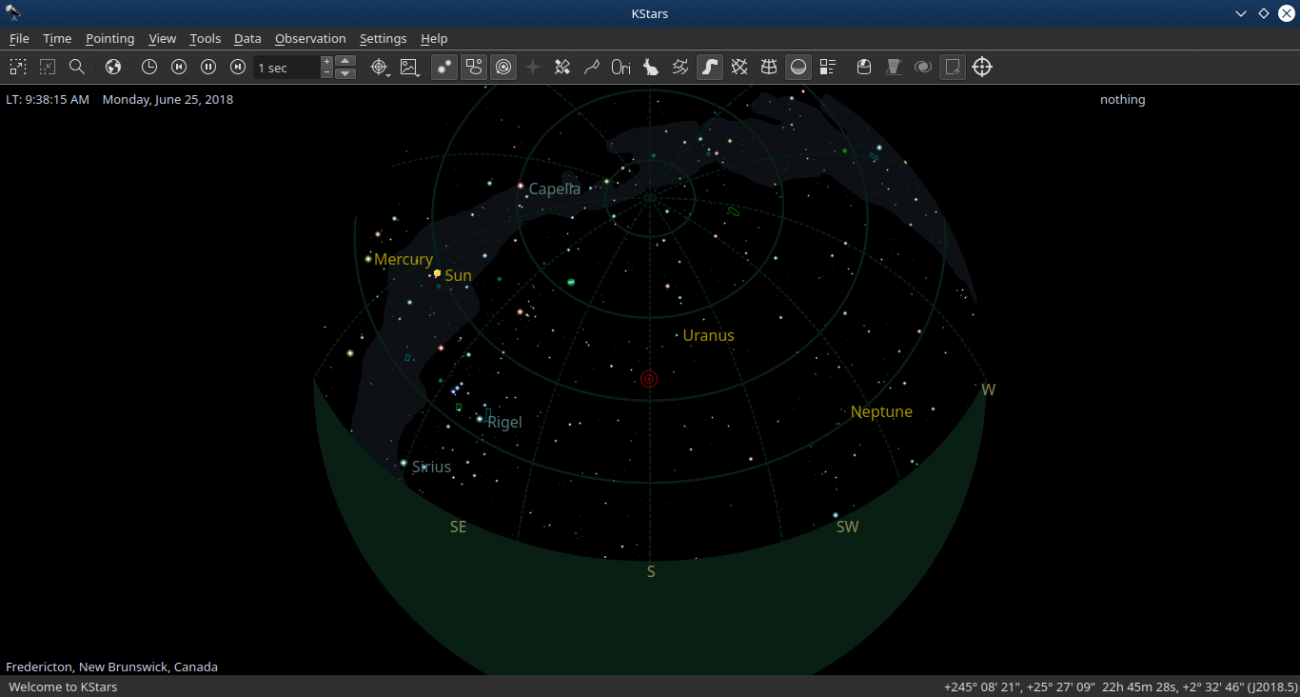 Figure 1. On startup, KStars shows you the current layout of the sky in your location.

So, what can you do with KStars? If you've used programs like Stellarium before, you'll find that you can do the same types of tasks with KStars. You can use your mouse to click and drag the display to change the direction you're facing. The cardinal directions are labeled along the outside of the circle of the sky, and you can zoom in and out to change the field of view. If you see an object you want to examine further, you can double-click it to center it on the display and tag it as the current object of interest.

Depending on what catalogs of data you installed, some of the objects may have more or less information available. For example, selecting the planet Uranus and zooming all the way in shows a reasonably detailed image of the planet, including the ring orientation. 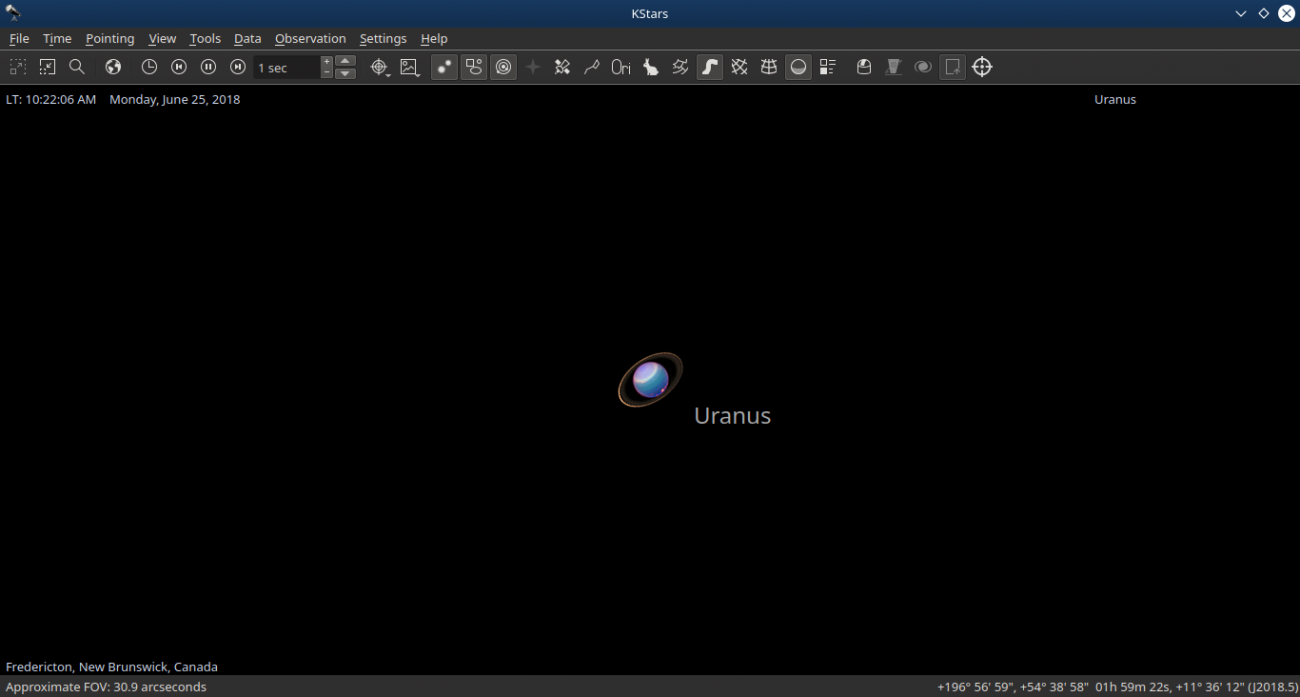 Figure 2. You can easily select and zoom in to objects of interest in KStars.