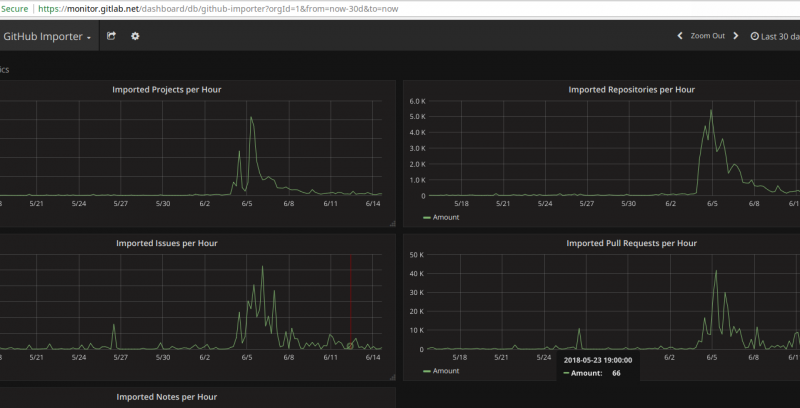 I heard that Microsoft would be buying GitHub just a couple days before it happened when Carlie Fairchild at Linux Journal told me about it. I replied to the news with a solid, “Get! Out!” Needless to say, I had my doubts. As someone who remembers all too well the “Embrace, extend and extinguish" days of Microsoft, the news of this latest embrace did, however briefly, bring back those old memories. When I was asked what I thought, I answered that the optics were bad.A lot of years have passed since, back in 2001, Steve Ballmer declared Linux to be a cancer. These days, Microsoft loves Linux. It says so right on its website. Two years ago, Steve Ballmer also proclaimed his love for Linux. In 2018, Microsoft has its own distribution that it uses in its Azure cloud. Microsoft includes several different flavors of Linux in its app store (the Windows Subsystem for Linux), all of which can be installed on Windows 10. Microsoft develops for Linux. Heck, Microsoft even contributes to the Linux kernel.

The reason I felt the optics were bad is that Microsoft has spent the last few years going out of its way to paint itself as a friend to Linux and open source. This, I thought, can only be seen as a bad move. Well, it’s been three weeks, more or less, since the the acquisition became official, to the tune of $7.5 billion US. What happened?

For starters, Jim Zemlin, the Executive Director of the Linux Foundation, praised the Microsoft acquisition of GifHub, suggesting that it could be a good thing for everyone. Former open-source star and the new CEO of GitHub, Nat Friedman, did an AMA on Reddit to reassure developers of open-source software that they had nothing to fear from the new landlords.

Linus Torvalds, the creator of the Linux kernel and git itself, didn’t comment directly, but he has been critical of GitHub in the past, so perhaps it doesn’t change anything for him. Besides, the kernel is primarily housed on a private git server, and GitHub is just a public mirror for the code.

That didn’t stop some number of open-source developers from swearing off GitHub and looking for other places to host their projects. GitLab, a minor competitor to GitHub, seemed poised to be the natural beneficiary of this move. In a Twitter post dated June 3rd, it cited that its GitHub to GitLab conversion rate was running at ten times normal.