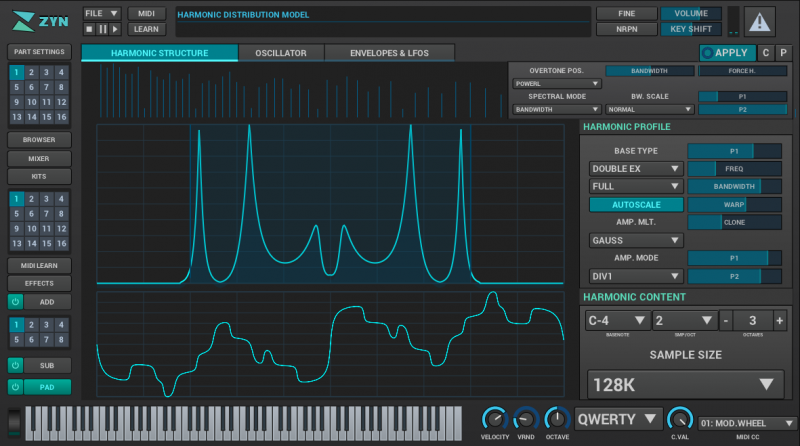 Exploring the current state of musical Linux with interviews of developers of popular packages.

Linux is ready for prime time when it comes to music production. New offerings from Linux audio developers are pushing creative and technical boundaries. And, with the maturity of the Linux desktop and growth of standards-based hardware setups, making music with Linux has never been easier.

Linux always has had a place for musicians looking for inexpensive rigs to record and create music, but historically, it's been a pain to maintain. Digging through arcane documentation and deciphering man pages is not something that interests many musicians.

Loading up Linux is not as intimidating as it once was, and a helpful community is going strong. Beyond tinkering types looking for cheap beats, users range in experience and skill. Linux is still the underdog when it comes to its reputation for thin creative applications though.

Recently, musically inclined Linux developers have turned out a variety of new and updated software packages for both production and creative uses. From full-fledged DAWs (Digital Audio Workstations), to robust soft-synths and versatile effects platforms, the OSS audio ecosystem is healthy.

A surge in technology-focused academic music programs has brought a fresh crop of software-savvy musicians into the fold. The modular synth movement also has nurtured an interest in how sound is made and encouraged curiosity about the technology behind it.

One of the biggest hurdles in the past was the lack of core drivers for the wide variety of outboard gear used by music producers. With USB 2.0 and improvements in ALSA and JACK, more hardware became available for use. Companies slowly have opened their systems to third-party developers, allowing more low-level drivers to be built.

In terms of raw horsepower, the ubiquity of multicore processors and cheap RAM has enabled Linux to take advantage of powerful machines. Specifically, multithreaded software design available to developers in the Linux kernel offer audio packages that offload DSP and UI to various cores. Beyond OS multithreading, music software devs have taken advantage of this in a variety of ways.

Ardour has leveraged multithreaded processing for some time. In early versions, it was used to distribute audio processing and the main interface and OS interaction to separate cores. Now it offers powerful parallel rendering on a multitude of tracks with complex effects.