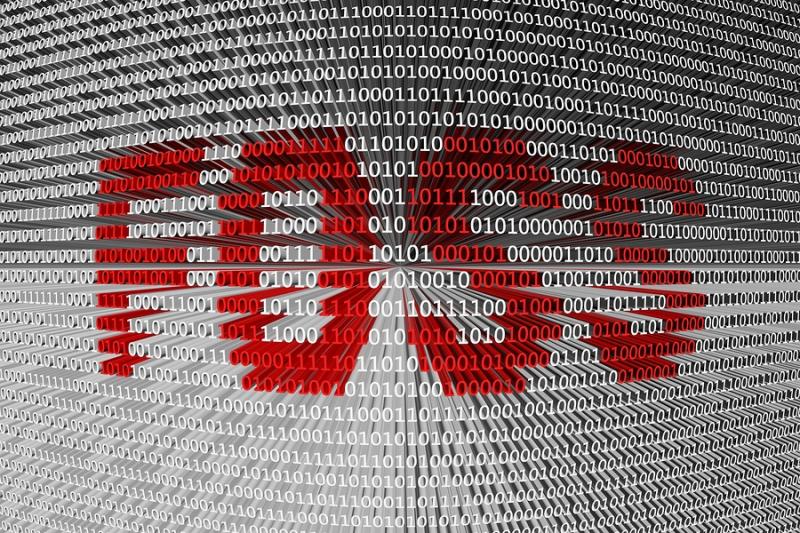 The Comprehensive and Progressive Agreement for Trans Pacific Partnership (CPTPP) is an enormous (roughly 6,000-page) treaty between Australia, Brunei, Canada, Chile, Japan, Malaysia, Mexico, New Zealand, Peru, Singapore and Vietnam that was signed in Chile on March 8, 2018. So far, only Mexico and Japan have ratified it. CPTPP is almost identical to the original TPP, which included those 11 countries plus the United States. In early 2017, the US withdrew from the treaty, which its President had previously described as a "terrible deal".

CPTPP has many provisions of concern to the FOSS industries and communities in those countries. Open Source Industry Australia (OSIA) has raised a number of those issues with an Australian Senate committee's inquiry into CPTPP (see "CPTPP could still destroy the Australian FOSS industry" and "Submission to the Senate Standing Committee on Foreign Affairs, Defense & Trade regarding the 'Comprehensive & Progressive agreement for Trans Pacific Partnership'"). The figure below shows the likely consequences of one such provision, Art. 14.17 in the Electronic Commerce Chapter, which deals with transfer of or access to source code. 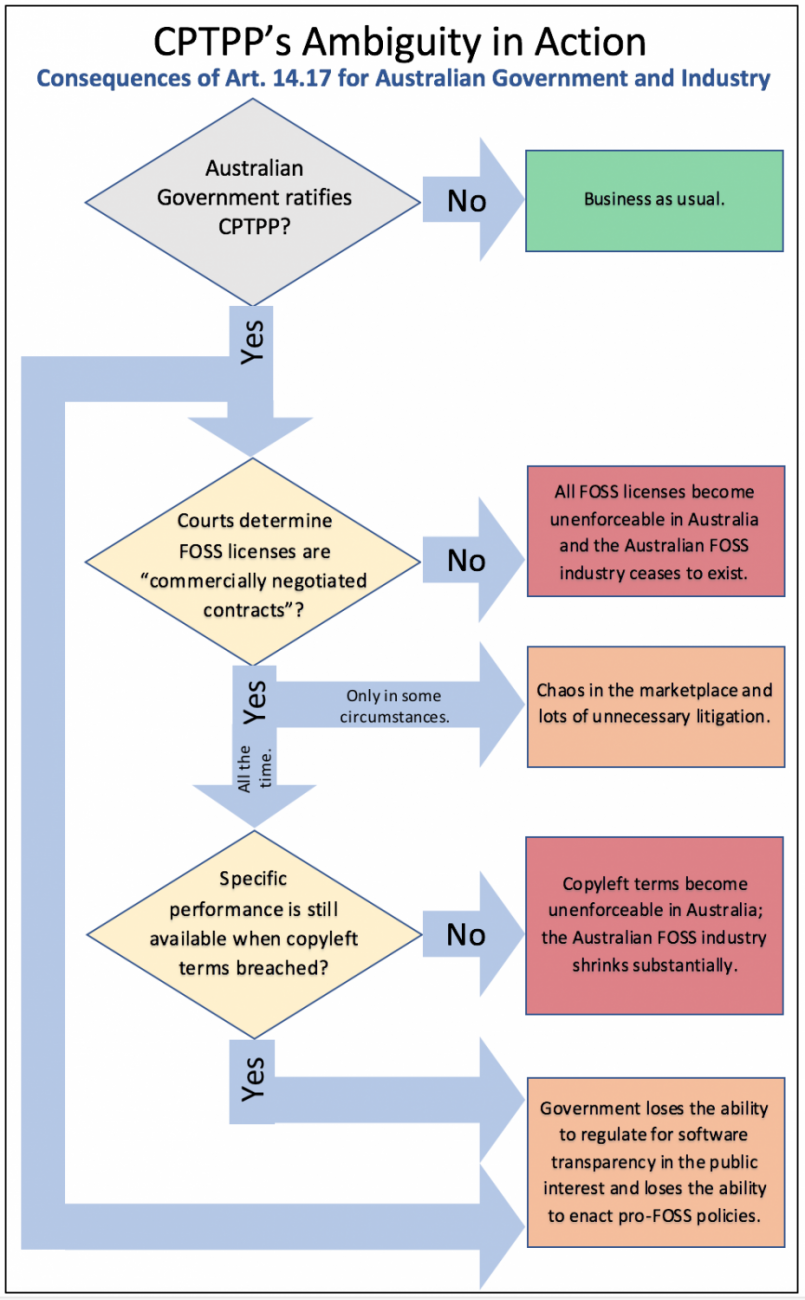 Linux Journal readers may be particularly concerned about one of those consequences: FOSS authors in the 11 CPTPP countries may lose the ability to use the courts to enforce the copyleft terms in licences such as the GPL.

To what extent that happens will depend on how each country decides two questions of legal interpretation: first, whether FOSS licences constitute "commercially negotiated contracts"; and second, how significant the omission of "enforcement" from the list of conditional actions in the provision may be.

At least some adverse consequences of Art. 14.17 are likely in any countries that ratify CPTPP regardless of the interpretation taken, and the risk of the more severe consequences in those countries seems grave.