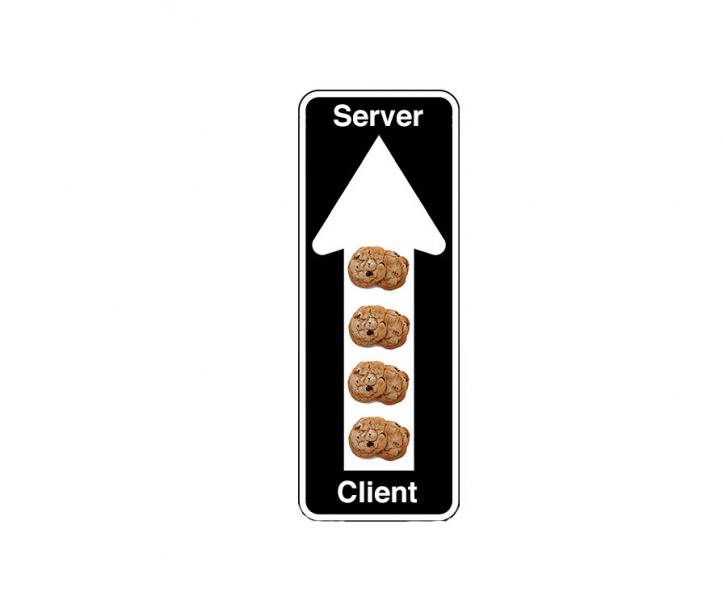 The web—or at least the one we know today—got off on the wrong hoofs. Specifically, I mean with client-server, a distributed application structure that shouldn't subordinate one party to an other, but ended up doing exactly that, which is why the web today looks like this: 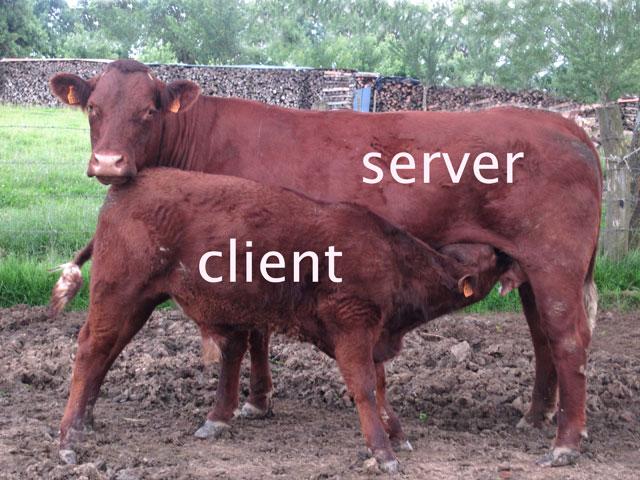 Clients come to servers for the milk of HTML, and get cookies as well.

The original cookie allowed the server to remember the client when it showed up again. Later the cookie would remember other stuff: for example, that the client was a known customer with a shopping cart.

Cookies also came to remember fancier things, such as that a client has agreed to the server's terms of use.

In the last decade, cookies also arrived from third parties, some for site analytics but mostly so clients could be spied on as they went about their business elsewhere on the web. The original purpose was so those clients could be given "relevant" and "interest-based" advertising. What matters is that it was still spying and a breach of personal privacy, no matter how well its perpetrators rationalize it. Simply put, websites and advertisers' interests end at a browser's front door. (Bonus link: The Castle Doctrine.)

Thanks to the EU's General Data Protection Regulation (GDPR), which comes into full force this Friday, that kind of spying is starting to look illegal. (Though loopholes will be found.) Since there is a world of fear about that, 99.x% of GDPR coverage is about how the new regulation affects the sites and services, and what they can do to avoid risking massive fines for doing what many (or most) of them shouldn't have been doing in the first place.

But the problem remains structural. As long as we're just "users" and "consumers," we're stuck as calves.

But we don't have to be. The web's underlying protocol, HTTP, is distributed and collaborative. It doesn't say we need to be subordinate to websites, always consenting to those sites' terms and policies. It doesn't even say we have to be calves to the websites' cows. Consent can go the other way.