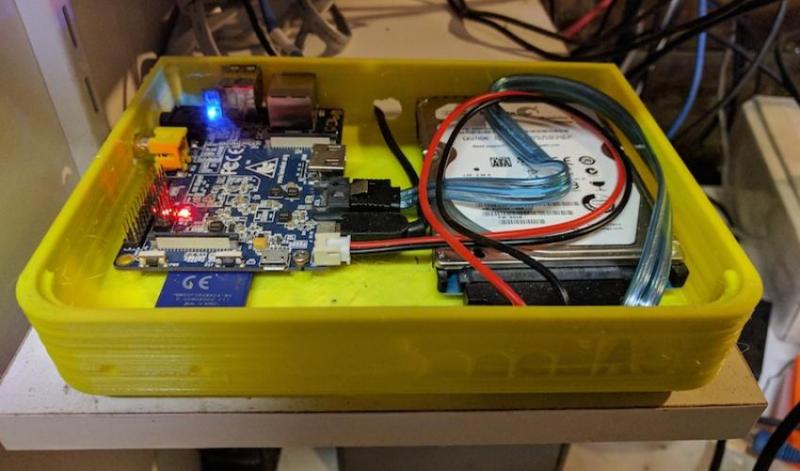 Networking is one of Linux's strengths and a popular topic for our subscribers. For your weekend reading, we've curated some of Linux Journal's most popular networking articles.

Network time synchronization—aligning your computer's clock to the same Universal Coordinated Time (UTC) that everyone else is using—is both necessary and a hard problem. Many internet protocols rely on being able to exchange UTC timestamps accurate to small tolerances, but the clock crystal in your computer drifts (its frequency varies by temperature), so it needs occasional adjustments.

Microsoft Windows is usually a presence in most computing environments, and UNIX administrators likely will be forced to use resources in Windows networks from time to time. Although many are familiar with the Samba server software, the matching smbclient utility often escapes notice.

Stories of compromised servers and data theft fill today's news. It isn't difficult for someone who has read an informative blog post to access a system via a misconfigured service, take advantage of a recently exposed vulnerability or gain control using a stolen password. Any of the many internet services found on a typical Linux server could harbor a vulnerability that grants unauthorized access to the system.

Papa's Got a Brand New NAS

It used to be that the true sign you were dealing with a Linux geek was the pile of computers lying around that person's house. How else could you experiment with networked servers without a mass of computers and networking equipment? If you work as a sysadmin for a large company, sometimes one of the job perks is that you get first dibs on decommissioned equipment. Through the years, I was able to amass quite a home network by combining some things I bought myself with some equipment that was too old for production. A major point of pride in my own home network was the 24U server cabinet in the garage. It had a gigabit top-of-rack managed switch, a 2U UPS at the bottom, and in the middle was a 1U HP DL-series server with a 1U eSATA disk array attached to it. Above that was a slide-out LCD and keyboard in case I ever needed to work on the server directly.

I wrote an article called "Papa's Got a Brand New NAS" where I described how I replaced my rackmounted gear with a small, low-powered ARM device—the Odroid XU4. Before I settled on that solution, I tried out a few others including a pair of Banana Pi computers—small single-board computers like Raspberry Pis only with gigabit networking and SATA2 controllers on board. In the end, I decided to go with a single higher-powered board and use a USB3 disk enclosure with RAID instead of building a cluster of Banana Pis that each had a single disk attached. Since I had two Banana Pis left over after this experiment, I decided to put them to use, so in this article, I describe how I turned one into a nice little backup server.

Roll Your Own Enterprise Wi-Fi

The UniFi line of products from Ubiquiti is affordable and reliable, but the really awesome feature is its (free!) Web-based controller app. The only UniFi products I have are wireless access points, even though the company also has added switches, gateways and even VoIP products to the mix. Even with my limited selection of products, however, the Web controller makes designing and maintaining a wireless network not just easy, but fun!

In a previous article, I explained the process for setting up Cacti, which is a great program for graphing just about anything. One of the main things I graph is my internet usage. And, it's great information to have, until there is internet activity you can't explain. In my case, there was a "blip" every 20 minutes or so that would use about 4mbps of bandwidth (Figure 1). In the grand scheme of things, it wasn't a big deal, because my connection is 60mbps down. Still, it was driving me crazy. I don't like the idea of something on my network doing things on the internet without my knowledge. So, the hunt began.