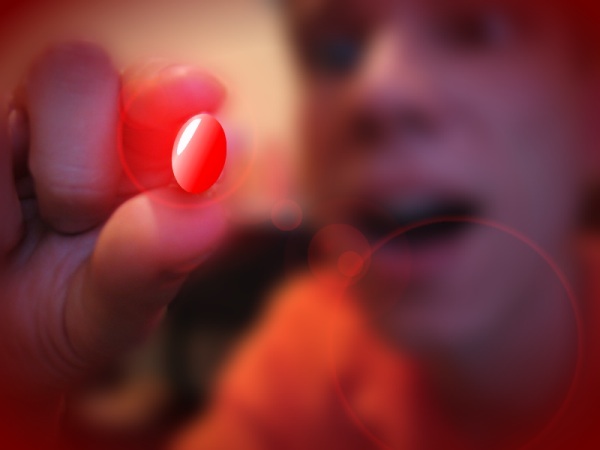 First we invented a world where everyone could be free. Then we helped build feudal castles on it, where everyone now lives. Now it's time to blow up those castles by giving everybody much better ways to use their freedom than they ever would enjoy in a castle.

In April 1999, a few weeks after The Matrix came out, the entire Linux Journal staff watched it in a theater not far from our headquarters at the time, in Seattle's Ballard neighborhood. While it was instantly clear to us that the movie was geek classic (hell, its hero was an ace programmer), it also was clear that the title subject—a fully convincing fake world occupied by nearly the whole human species—was an allegory (which Wikipedia calls "a metaphor whose vehicle may be a character, place or event, representing real-world issues and occurrences"). 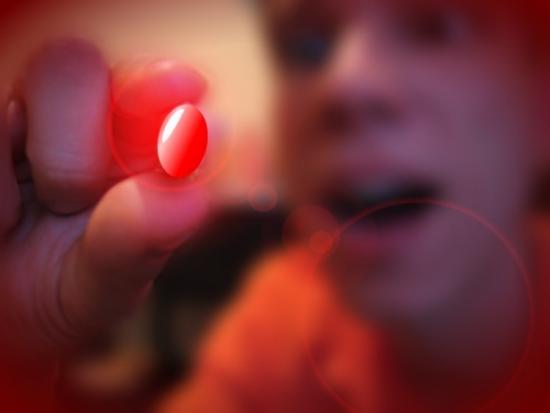 One obvious interpretation was religious. Neo was a Christ-like savior, resurrected by a character named Trinity, who played the Holy Spirit role after Neo got killed by the Satan-like Agent Smith—all while the few humans not enslaved by machines lived in an underground city called Zion.

When the second and third installments came out in the years that followed, more bits of the story seemed borrowed from other religions: Buddhism, Gnosticism and Hinduism. Since the Wachowski brothers, who wrote and directed the films, have become the Wachowski sisters, you also can find, in retrospect, plenty of transgender takes on the series.

Then there's the philosophical stuff. Prisoners in the Matrix believe the world they inhabit is real, much as prisoners in Plato's Allegory of the Cave believe the shadows they see on a wall are real, because they can't tell the source of light is a fire behind them. In Plato's story, one prisoner is set free to visit the real world. In The Matrix, that one prisoner is Neo, his name an anagram for "The One" whose job is to rescue everybody or at least save Zion. (Spoiler: he does.)

But I didn't buy any of that, because already I saw marketing working to turn the free and open online world into a commercial habitat where—as in the fictional Matrix—human beings were reduced to batteries for giant robotic machines that harvested human attention, which they then processed and fed back to humans again.

This was the base design of the world marketing wanted to make for us in the digital age: one where each of us were "targets", "captured", "acquired", "controlled", "managed" and "locked in", so personalized "content" and "experiences" could be "delivered" to our ears and eyeballs. Marketers talked like that long before the internet showed up, but with every eyeball suddenly addressable, personally, the urge to jack us into marketing's Matrix became irresistible.

In fact, one reason four of us posted The Cluetrain Manifesto on the web that very same month was that we wanted to make clear that the internet was for everybody, not just marketing.

But, popular as Cluetrain was (especially with marketers), marketing got engineering—including plenty of Linux wizards—to build a Matrix for us. We live there now. Unless you have your hardware and software rigged for absolute privacy while roaming about the online world (and can you really be sure?), you're in marketing's Matrix.

The obvious parts of that Matrix are maintained by Google, Facebook, LinkedIn, Twitter, Tumblr, Pinterest, Amazon and so on. Much more of it is provisioned by names you never heard of. To see what they're up to, equip your browser with a form of tracking protection that names sources of tracking files. (Examples are Baycloud Bouncer, Disconnect, Ghostery, Privacy Badger and RedMorph.) Then point your browser to the website of a publisher whose business side has been assimilated by the Agent Smith called "adtech"—The Los Angeles Times, for example. Then, check your tracking-protection tool's list of all the entities trying to spy on you.

Here are just some of the 57 suspects that Privacy Badger found for me on the LA Times index page:

Many of those appear more than once, with different prefixes. I've also left off variants of google, doubleclick, facebook, twitter and other familiars.

Interesting: when I look a second, third or fourth time, the list is different—I suppose because third-party ad servers are busy trying to shove trackers into my browser afresh, as long as a given page is open.

When I looked up one of those trackers, "moatads", which I chose at random, most of the 1,820,000 search results were about how moatads is bad stuff. In order, this is the first page of search results:

The fourth item says the company behind moatads, moat.com, "measures real-time Attention Analytics over 33 billion times per day". And that's just one Matrix-builder.

Clearly there is no Architect or Oracle building this Matrix, or it wouldn't suck so bad. That's to our advantage, but we're still stuck in an online world where spying is the norm rather than the exception, and personal autonomy is mostly contained within the castles of giant service providers, "social networks" and makers of highly proprietary gear.

Way back in 2013, Shoshana Zuboff called on us to "be the friction" against "the New Lords of the Ring". In later essays, she labeled the whole spying-fed advertising system both surveillance capitalism and The Big Other. If things go according to plan, her new book, The Age of Surveillance Capitalism: The Fight for a Human Future at the New Frontier of Power, will come out soon. (Here's the Amazon link.)

People are already fighting back, whether they know it or not. PageFair's 2017 Adblock Report says at least 11% of the world's population is now blocking ads on at least 615 million devices. GlobalWebIndex says 37% of all the world's mobile users were blocking ads by January of 2016 and another 42% wanted to do so as well. Statista says the number of mobile-phone users in the world would reach 4.77 billion at some point this past year. Combine those last two numbers, and you get more than 1.7 billion people blocking ads already—a sum exceeding the population of the Western Hemisphere. All of which is why I called ad blocking the world's biggest boycott, way back in 2015. Today I'd rather think of it as a slave revolt.

But we need to be more than freed slaves. We need to be, as Shoshana says, masters of our own lives and of all the relationships we have online.

In The Matrix, Morpheus asks the still-captive Neo if he believes in fate. "No", says Neo, "because I don't like the idea that I'm not in control of my life."

We can't be in control of our lives as long as those lives are lived within corporate castles and we lack the tools for mastery over our virtual bodies and minds online.

It doesn't matter if Facebook, Google and the rest have no malicious intent, or if they really do want to "bring the world closer together", or "organize the world's information and make it universally accessible and useful", or "develop services that significantly improve the lives of as many people as possible". We need to be free and independent agents of our selves.

We have to think and work outside the walls in those prisons (formerly castles). And it isn't enough to free ourselves. To switch movie metaphors, it's time for the wizards to free the muggles. Here's a punch list of what we need to do:

At the end of The Matrix trilogy, Neo succeeds at stopping the viral Agent Smith program from destroying both the machine and human worlds. But there is no vision of what all the people jacked into the Matrix would do once they were free—or if freedom was in the cards at all. In fact, all Neo does is save Zion and leave the rest of humanity living in the same old Matrix: a machine-maintained illusory existence where their only true purpose was to power the Matrix as batteries.

That bulleted list above is a set of visions missed by both The Matrix and the Harry Potter movies. All of them give everybody far more power than even the wizards of the world—our readers and writers—now possess.

Fortunately, the internet isn't Hogwarts. Though it's a product of wizardry, everybody—wizards included—live and think inside its walls. But digital technology and the internet were designed for freedom, and not just for more enslavement on the industrial model.

So let's finish making online civilization something better than the digital feudal system we have now.

[Note: an ancestor of this article appeared on the Linux Journal website in January 2018.]